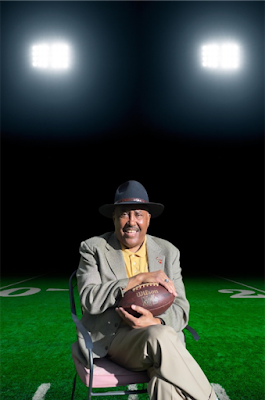 PHILADELPHIA, PA (USA)  -  The recent dissolution of the Right Of First Refusal Agreement between the late Pat Bowlen and Edgar Kaiser, Jr., former owners of the National Football League’s Denver Broncos ( see “Broncos Sales Is ‘Free And Clear’ To Go On Following Settlement Between Estates” (Sports Illustrated) at https://si.com/nfl/2022/ 04/14/broncos-sale-can-go-without-interruptions-following-settlement) pursuant to a settle- ment reached by and between their respective estates has not only cleared the way for the team’s sale, but has also provided the National Football League with an opportunity to shatter its “ownership glass ceiling”.  The African American Sports Investment Consortium (“AASIC”) has disclosed that it is bidding for ownership of the Denver Broncos with the help of a re-clusive African American billionaire.  AASIC is poised to shatter the National Football League’s “ownership glass ceiling” pending negotiations on a myriad of issues which include, but are not limited, to finder’s fees.

The African American Sports Investment Consortium’s disclosure comes on the heels of the settlement reached between the Denver Broncos and the estates of its former owners the late Pat Bowlen and Edgar Kaiser, Jr. and National Football League Commissioner Roger Goodell’s public statement concerning diversity during his address to the media on 8 February 2022 at the National Football League Network’s Champions Field (https://www. usatoday.com/story/sports/2022/02/09/roger-goodell-nfl-diversity-coaches-hiring-rooney-rule/ 67264410001/).   During his address, Commissioner Goodell stated that the National Football League would “love to see a diverse owner of  the Denver Broncos”.

“Financing rules in the National Football League has created an ‘ownership glass ceiling’ that makes ownership of football teams financially prohibitive for African Americans.  As an example, a prospective purchaser of a football team must own at least a thirty percent stake in the team and is limited to the amount of debt that can be incurred against the team he or she is buying.  The debt limit is one billion dollars,” remarked James M. DeLeon of AASIC, a retired  highly respected jurist whose career spanned five decades in the Municipal Court Division of the Court of Common Pleas of the First Judicial District of Pennsylvania.

For further information concerning AASIC’s historic move to shatter the “ownership glass ceiling” in the National Football League, contact the AASIC at (215) 300-0585.

IN SEARCH OF FATHERHOOD(R)
IN SEARCH OF FATHERHOOD(R) resurrects the vision and perpetuates the legacy of the late L.T. Henry who saw the need for an Interactive Forum for Fathers which would help them address their unique parenting needs. During his lifetime, Mr. Henry was an author, photojournalist, sales and success motivation trainer, and a classically trained jazz musician who performed briefly with The Philadelphia Orchestra and was the former drummer for internationally acclaimed songstress and film and television actress Ms. Della Reese. The perpetuation of Mr. Henry's legacy and contributions to the Global Fatherhood Movement also takes the form of a book -- IN SEARCH OF FATHERHOOD(R)--TRANSCENDING BOUNDARIES, edited and authored by D.A.Sears, At-Large Member, United Nations Association (USA) (www.unausa.org); Member, University Council on Fatherhood and Men's Studies Program at Akamai University in Hilo, Hawaii (www.akamaiuniversity.us);; Social Justice Contributing Author, Good Men Project (www.goodmenproject.com). Member, United States Press Agency, Inc. (www.uspa.org). Ms. Sears' work on Fatherhood and Men's Issues spans two (2) decades.