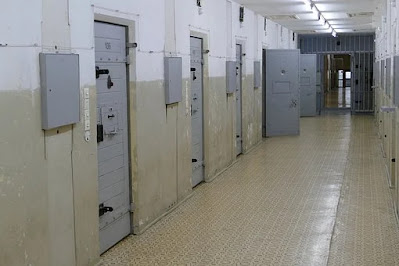 The Petitioners contend in the lawsuit that a judicially imposed, mandatory life sentence, without the possibility of parole (LWOP), is a de facto death sentence (DDS). It violates the Pennsylvania Constitution which prohibits cruel punishment, as well as the Eighth Amendment of the United States Constitution and Articles of the Universal Declaration of Human Rights. The Petitioners were sentenced to a term of life, which did not explicitly state "Without-the-Possibility-of-Parole." Each of the Petitioners filed an Application for Parole Eligibility Review and Consideration, and the Respondents mechanically denied each application for parole, simply stating: "Upon review of your application for parole and the Department of Corrections records of your sentencing, it appears that you are serving a life sentence and are therefore not eligible for parole consideration based upon 61 Pa.C.S. § 6137(a)."

Petitioners contends that although 61 Pa .C.S. §6137(a) contains a provision excepting an inmate condemned to death or serving life imprisonment from parole review, it nevertheless violates ex post facto law and is unconstitutional as it applies to each of the Petitioners, because they were never given "fair warning" that their judicially imposed life sentence meant LWOP -- i.e., DDS. Petitioners further argue that LWOP -- i.e., DDS – in addition to being cruel punishment, is inhumane. It deprives Petitioners of all hope, strips them of their rights to redemption, and essentially says that they are incorrigible or incapable of positive transformation and rehabilitation -- a judgment made without any consideration of review of the Petitioners’ individualized circumstances. Each Petitioner has empirical proof of their positive transformation and rehabilitation. Each Petitioner is thoroughly rehabilitated. The Petitioners also allege that the Respondents lack authority to detain them since Respondents do not have a legitimate court authorized DC300B Judicial Commitment Form nor Sentencing Order authorizing Petitioners legal detention in state prison. The Respondents are violating the state and federal Constitutions by keeping the Petitioners imprisoned without proper judicial authority. The Respondents did not follow proper procedures and protocol for committing Petitioners to a state prison. The DC300B form that Respondents used to commit Petitioners into their state prison, were not created by the Judicial Court System, as required by law, but rather, the DC300B form used by the Respondents were created by the Respondents, Pennsylvania Department of Corrections Scribner(s), and therefore, carries no weight of authority.

The lawsuit is filed on behalf of all similarly situated prisoners in Pennsylvania state prisons serving LWOP, i.e.,  -- DDS. The Respondents actions are such that no civilized society can tolerate.

IN SEARCH OF FATHERHOOD(R)
IN SEARCH OF FATHERHOOD(R) resurrects the vision and perpetuates the legacy of the late L.T. Henry who saw the need for an Interactive Forum for Fathers which would help them address their unique parenting needs. During his lifetime, Mr. Henry was an author, photojournalist, sales and success motivation trainer, and a classically trained jazz musician who performed briefly with The Philadelphia Orchestra and was the former drummer for internationally acclaimed songstress and film and television actress Ms. Della Reese. The perpetuation of Mr. Henry's legacy and contributions to the Global Fatherhood Movement also takes the form of a book -- IN SEARCH OF FATHERHOOD(R)--TRANSCENDING BOUNDARIES, edited and authored by D.A.Sears, At-Large Member, United Nations Association (USA) (www.unausa.org); Member, University Council on Fatherhood and Men's Studies Program at Akamai University in Hilo, Hawaii (www.akamaiuniversity.us);; Social Justice Contributing Author, Good Men Project (www.goodmenproject.com). Member, United States Press Agency, Inc. (www.uspa.org). Ms. Sears' work on Fatherhood and Men's Issues spans two (2) decades.