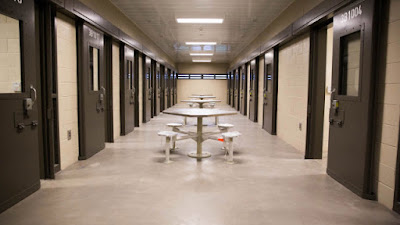 The ethnic cleansing that is being conducted on prisoners held in custody of the Pennsylvania Department of Corrections for years comes in the form of their  slowly dying from a Death Sentence not imposed on them from the court system. This is a Federal and State issue which went into effect some twenty years ago that was decided under the Law and Order - Get Tough On Crime mentality under our past and present elected officials. Politicians see a cheaper and more baleful way by building maximum security institutions on toxic land.

In 2003, the Pennsylvania Department of Corrections had SCI-Fayette built --knowing damn well – on land located  on the edge of a coal ash dump for a nearby coal mine. Now, I was mysteriously transferred here to the Plantation of SCI-Fayette from SCI-Dallas under the guise of an Administrative transfer only to silence me from exposing the fraud, embezzlement, stealing, and misappropriation of Pennsylvania citizens’ tax dollars by the DOC. I believe that after twelve years of settlement and saturation in this coal ash (which contains arsenic, lead, mercury, on top of what the EPA lists of “Toxic Pollutants”), I was sentenced to a slow death imposed on me by the Executive Branch of the Department of Corrections to silence me.   I wrote a letter dated Monday, August 31, 2015 to the Pennsylvania Department of the Auditor General, Mr. Eugene A. De Pasquale and that letter was intercepted, seized, and three days later I was transferred to SCI-Fayette for non-disciplinary reasoning that cited I had “too many complaints from other inmates.”

Just imagine, being in a controlled environment with strong winds containing toxic pollutants that you are subjected to inhale all day every day for years. During this pandemic, we are stuck in these sarcophaguses twenty three hours a day. If you could just see the coal ash dust that these cells accumulate you would be overburdened. The filters have NEVER been changed except for filters where the Correctional Officers congregate. The Maintenance Department is fixing the books to make it look like they are spending thousands of dollars on new filters when in reality all they are doing is using inmate labor to wash and rinse them. For the past five years I have never seen the vents cleaned in the five housing units I have lived in. There has to be an independent body to look into the fraud and mistreatment of those in their custody.

The effect I am experiencing with the water is that I have never had a skin problem until I arrived on this Plantation. Within just one year, I feel a constant fatigue and a shortness of breath. I have signed up for sick call several times in the past and after those encounters you come to realize that the medical department is contracted out to a private corporation that is in the business of making money. They do not provide adequate medical care. How many prisoners have died of cancer on all of the SCI-Plantations? There is a known fact that all of the PA DOC’s doctors, physicians assistants, and nurses are instructed not to tell an inmate that he is terminally ill with cancer until it is untreatable. I personally do not sign up for sick calls anymore because after so many visits you become mentally exhausted having to explain yourself to someone who doesn’t give a damn. The sad part is that this Administration has these inmates gripped in fear of speaking out, filing grievances, and complaining about the unjust treatment of being oppressed and repressed. What can be done?

Those on the outside must demand that our elected officials and the Pennsylvania Department of Corrections stop the slow death of these fathers, sons, brothers, mothers, daughters, and sisters. Make SCI-Fayette give us the bottled water that guards receive located in the warehouse because of the polluted water.

Here is a list of the most prominent poisons present in our water system:

Drinking water having a pH of less than 7.35 with the presence of these carcinogenic toxins is a cancer causing elixir. The EPA drinking water regulation allows for a pH of 6 in our drinking water, thus, 1500 people die each day in the United States from cancer. The Clean Water Act of 1972 is no longer in effect because the toxic drinking water created by these unlawful discharges are causing “slow kill” benefits for Correct Care Solutions, big pharmaceutical companies, and health insurance industries controlled by the government. Sicknesses and illnesses are caused by the toxic drinking water that the state and the PA DOC provides for those in their custody and they tested the water and found nothing wrong? If you are in a prison right now where you believe your water is toxic, do the research and learn for yourself. You can protest buying from the commissary or go on hunger strike with fellow inmates. Spread this information and fight alongside those who have been wrongfully sentenced to chronic illnesses.

If I, Kenneth Beaver, can’t get help from the public at large, the PA DOC will continue doing what they know they can get away with. I assure you no staff here is drinking the water, so why should we have to?

EDITOR’S NOTE:   To communicate with Mr. Beaver, send correspondence to him addressed as follows:

Find and contact your state legislators by visiting the following link:  https://www.legis. home/findyourlegislator .  In the interim, a listing for two Pennsylvania State Senators appear below: 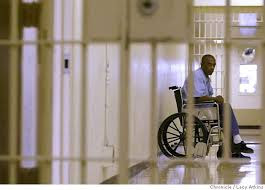